The following article was written by Twyla Campbell for eatnorth.com

In 2015, the Marriott group acquired the Delta Grand Okanagan and embarked on a $9.4 million dollar lobby and restaurant renovation.

Goodbye to the faded dusty rose and forest green colour scheme of the foyer and Grand Bay Café, and hello to Oak + Cru, a 263-seat, modern bistro and wine bar.

Kelowna of 2015 (and now) is not the Kelowna it was in 1992 when the hotel was built. The time was right for a substantial redo—not just in design but in the company’s collective approach to food, as well.

Chef Daniel Craig, with several awards and years under his belt at Ritz Carltons across the country, came to Oak + Cru in January 2018. Under his direction, the food is modern, fresh and  “emphatically local”. 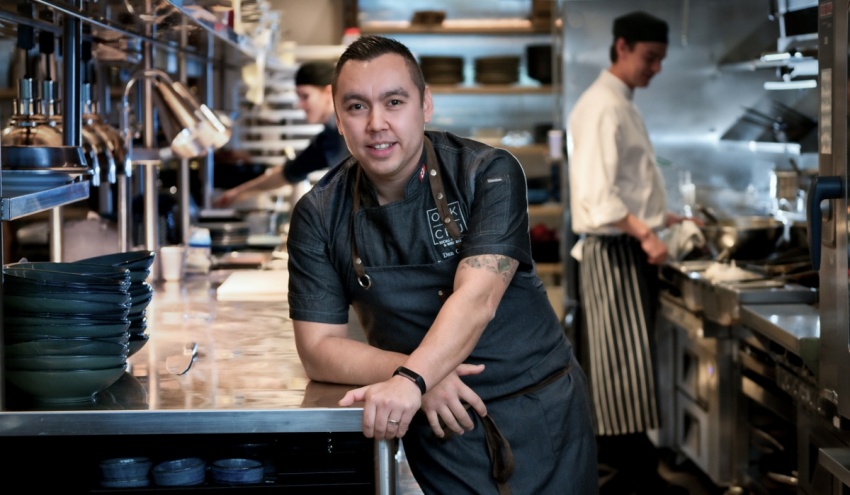